Do you know the New 7 Wonders of the World?

Since a long long time ago, men have started to chronicle the most amazing and spectacular manmade and natural wonders of the world.

Throughout history, many lists have been made and new wonders are being added or removed to form lists, all for the sake of capturing the best that man and nature has given us.

The first known list was the 7 Wonders of the Ancient World, made over 2000 years ago, and none of them has survived except the Great Pyramid of Giza. In case you are curious what the others were, here is the original list:

It is a shame that we are not able to see most of them anymore today, but luckily, there is no lack of beauty on our planet, and while we do not think the places on the lists are the “top 7”, they are special enough in their own rights to deserve a mention here.

New 7 Wonders of the World As we mentioned, there are several other lists of 7 around the world, and you can check out this post of Wikipedia to find out more.

In this article, we will cover the New 7 Wonders of the World, which were selected after a global poll that spanned 7 years resulted in choosing these few. Machu Picchu is still somewhat of a mystery to the modern man, but by now, most scholars and researchers believe that it was built as an estate for the great Inca Pachacuti.

Set high up in the mountains of Peru, it has been hailed as an architectural marvel, and standing at Machu Picchu offers a panoramic view across the entire landscape.

It is a great opportunity to learn about the mysterious Incas, whom there are not much details about even today.

The huge stone complex offers visitors lots to see and explore, and the famous Inca Trail is a must for adventure seekers and hikers from all over the world.

One thing visitors should not miss out is the town of Cusco, which is the gateway to Machu Picchu. They have a strong relation to the past and many traditions are still practiced today, offering you a unique look into the past.


Go with a small group tour! 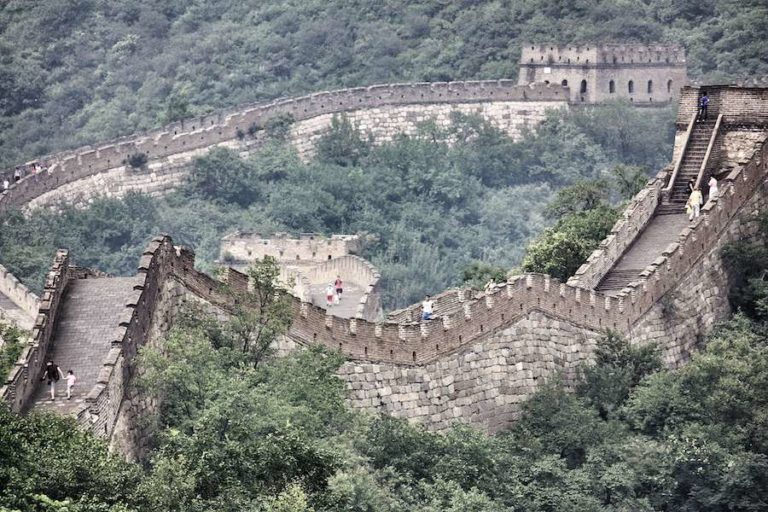 The pride and joy of the Chinese, the Great Wall came at a huge cost, where thousands of men spent thousands of years working on it. Yes, you read that right.

The result is the largest man made structure in the world ever, stretching over 4000 miles!

With over 2700 years of history behind it, it is amazing that this giant structure is still standing relatively strong today, and attracts millions of visitors each year.

Although you will have to joust with the crowds, it is a place of culture and history of the Chinese, set amongst beautiful natural surroundings in the mountain ranges.

When the Wall was built, it was meant to be a defensive structure against the people from the north, which means you will get a chance to also learn about the military systems of China.

Certainly one of the best ways to learn about the history of China and view this spectacular Wonder.


Go with a small group tour! One of the most recognisable landmarks in Italy, the Roman Colosseum has a past that is befitting of its stature.

Built in 80 AD, it was at that time the single largest amphitheater in the world, dwarfing pretty much everything that is in its vicinity.

In those days, gladiator fights were often organised to entertain the people and the royalty of the Roman Empire, and they fought fellow gladiators or even wild beasts.

Not only was it used to hold fights, it was a place for public hearings and spectacles, and hence became an integral part of Roman history.

Although the place has been ravaged by earthquakes and having some of its stones stolen, the Roman Colosseum is still partially open to the public, and this is one of the must dos when visiting Rome.


Get skip the line tickets! Situated deep in the Jordan desert amid rugged canyons, Petra is a stunning ancient architecture that still represents Jordan today.

The lost city is carved inside a red-rose sandstone rock, and thus earned itself the name of the Rose City.

While the natural surroundings are magnificent, most visitors are here to see the entrance to the mausoleum, otherwise known as the Treasury.

Take the time to explore the lost city, as there are mysteries and surprises in its nook and cranny, and have a chance to learn about the Nabataeans, the awesome architects who built this unbelievable place.


Get a full day guided tour! Found in Mexico, Chichen Itza is an archaeological site that was built over a thousand years ago, and has its roots traced back to the Mayans.

It was also one of the largest cities of the Mayans, and has a unique style of architecture that is easily recognised.

Standing at 30 metres tall, the Temple of Kukulkan is the focal point of the site, as it rises impressively in a series of steps, not unlike the Egyptian pyramids.

For most of us, it looks like a medieval building, but it serves the purpose of astronomy and geometry, giving us a good insight about how knowledgeable the ancient Mayans were.

A unique fact you might not know: during 2 days of the year, 21 March and 22 September, which are the days of the spring and fall equinox, a series of lights will cast a snake shadow that appears of the north face of the pyramid.


Get a full day guided tour! This one may not need much introduction, since it is so often seen in movies and advertisements all over the world.

What some people might not know though, is that Christ the Redeemer is located in Rio de Janeiro, Brazil, and is one of the largest Jesus statues in the world, standing at 30 metres tall.

What’s most impressive is that it is perched on top of a mountain, where it is visible from down at the beach or in the city. It is certainly an icon of Brazil and of Christianity anywhere in the world.

Something you might not know though is that the statue is very prone to lightning strikes, since it is the highest point across the area, and is struck approximately 3 to 6 times each year!


Get a half day guided tour! Surely one of the most impressive man made buildings in the world, featuring intricate carvings in pure marble, it is a piece of living art that is found in Agra, India.

Not only is it a significant piece of architecture, there is a beautiful love story behind it as well.

Learn about the background of the Taj Mahal, when Shah Jahan commissioned the construction of this beauty to become the mausoleum of his favourite wife, Mumtaz.

A day trip from Delhi should suffice, but be sure to explore the surrounding park of the Taj Mahal as well, and take it the beautiful views.

What are your thoughts about the 7 Wonders?

It is important for everyone to know what our world has to offer, and such lists are a good reminder.

That said, we feel that we should look at them as further inspiration to travel and explore the world, as there are countless other beauty that dots our world.

Which of these sites is your favourite? Or do you have your own list of 7 wonders?

For more travel inspiration, be sure to check out the following articles too.

Logistics before your trip

Planned for you activities.
Need a guide to show you and your group around? Lots of operators here to choose from here. You know who they are and how they are reviewed. 16 Fun Things to Do on a Road Trip With Friends